The Cayambe with its 5790 meters is the third highest mountain in Ecuador. It's completely covered by glaciers from an elevation between 4600 and 5000 meters on the western side, and between 4400 and 4700 on the eastern side; Deeply broken ice masses rising at two main summits from west to east, the Highest Summit and the Northeast Summit; and two "antecumbres" from north to south with the names of "Santa Bárbara" and "Cumbre Sur", in the center of which rises the Cayambe Highest Summit. Its first conqueror was Edward Whymper in 1880. Nowadays it is a mountain crowded by tourists who visit the refuge and the "Glaciar Hermoso" glacier; a few climbers also venture towards its highest summit, very attractive although less frequented climbed than Cotopaxi. 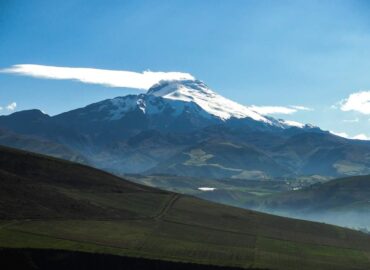 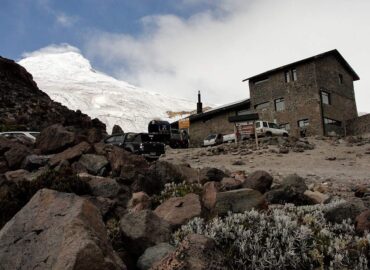 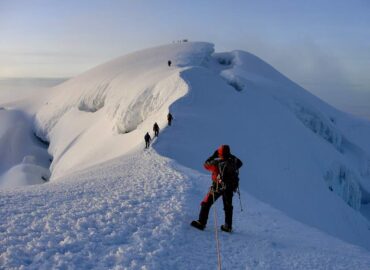 Arriving to the summit

Eastern Cordillera; 60 kilometers in a straight line northeast of Quito; 17 km east of Cayambe. There are two routes to approach Cayambe Volcano:

1) Normal Approach "Route to the Refuge": Just arriving to Cayambe from Quito there is a first roundabout, on the right starts the Rocafuerte street next to the Yaznan Park, take this street and a little further you will see the sign that shows the road to the "Nevado Cayambe". The highway is paved until you reach Cayambe. The road to the refuge is well signposted; mostly cobbled and ballasted, you can go in any vehicle until the "Piemonte Alto" Community, from there it becomes difficult and only advised for 4×4 vehicles. The last part close to the refuge, known as "La Cascada de los Mirlos" could be very difficult to drive. You could instead park and walk about 30 minutes to the refuge.

2) Approach "Laguna de San Marcos" lagoon: About three kilometers following the road from Cayambe to Otavalo, you will find to the right the road that enters the town of Ayora. It is convenient to ask for the road to "Olmedo" and the "Laguna de San Marcos ". This road is mostly paved or ballasted, the last part recommended only for 4 × 4 vehicles. This approach is very picturesque although very little used to ascend the Cayambe Volcano. 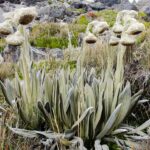 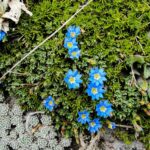 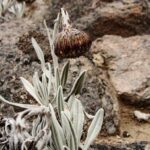 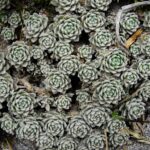 The Nevado Cayambe is a building that has presented volcanic activity in the last 11800 years (Hall and Mothes, 1994). The products observed in the field studies are mainly domes or lava flows, pyroclastic flows, lahars and lapilli and ash falls (Samaniego et al., 2004). The record of the Cayambe most recent activity includes 18 to 20 eruptions in the last 4000 years, which are distributed in three periods of volcanic activity (Samaniego et al., 1998). The first period would have been between 3800 and 3500 BP years; the second between 2500 and 1700 years BP; and the last one started 1100 years ago. The last eruption occurred in the years 1785-1786 (Ascazubi, 1802) and it is described as a subglacial eruption that would have produced moderate ash falls in the Cayambe town and it would have ended with a flow of lava or a lahar in 1786. Currently there is a constant monitoring of the Cayambe Volcano, since fumarolic activity and volcanic earthquakes have been detected, especially in recent years.