The Sincholagua is a Pleistocene volcano strongly eroded by the action of glaciers. Although at present it has no glaciers, it can be admired covered with snowfields most of the year, especially from Quito and the Los Chillos Valley. The volcano rocky base approximate diameter is about 3.5 kilometers with some the vestiges of its caldera to the south. The Sincholagua is composed of a central core where its two main summits and its two secondary summits rise from the west to the east; From these summits, rocks and sand flow into rocky ridges and next to the páramo break off radially separated by ancient glacial valleys.

The approach to the mountain has always been on the western flank, making use of the roads that access the Cotopaxi National Park and cross the Limpiopungo plain. Their other flanks are very little visited, they present approaching difficulties and demand longer hikes until the rock base. 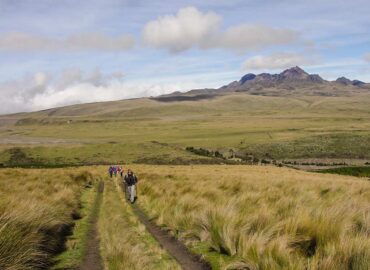 Long hike to the rock 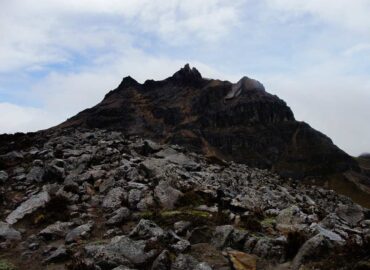 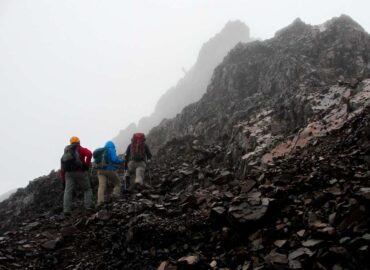 Eastern Cordillera; 40 kilometers in a straight line southeast of Quito; 22 km east of Machachi. There are four routes for approaching the Sincholagua:

1) Normal Approach "North Control": In the Machachi central plaza you can ask for the road to the Cotopaxi National Park North Control, the first section is paved and later ballasted, more appropriate for 4 × 4 vehicles. It is necessary to register the entry at the northern control, and continue by the first deviation to the left towards the old "Estación del Río Pita". Vehicles are parked next to the station ruins, where the trail to the Sincholagua summit begins.

2) "Control Caspi" Approach: From Quito take the South Panamerican highway towards Latacunga, passing Machachi you go up to the "Nudo de Tiopullo" and then go down towards Lasso, just finishing this descent you will find a well-signposted detour that indicates the exit to Cotopaxi. The road is paved for the most part and goes through the Cotopaxi National Park Caspi control where registration is mandatory. A few kilometers beyond the pavement ends and it continues the old ballast road that reaches the Limpiopungo lagoon. At this point it is necessary to head towards the Cotopaxi National Park North Control. Just arriving at the North Control, you can see a path to the right that goes to the old "Estación del Río Pita". The trail towards the Sincholagua summit begins at this place next to the Pita River.

3) Sangolquí Approach: From Sangolquí, "Redondel del Choclo", it is taken to the south by the Juan de Salinas avenue, following straight it will end up arriving at the Cotopaxi National Park North Control. From there go left to the old "Estación del Río Pita", Water Station.


There are some attractive routes: 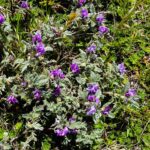 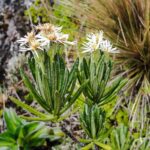 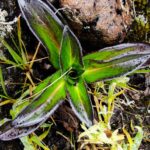