The Ilinizas massif is located in the Cotopaxi Province, Western Cordillera, at the western end of the Tiopullo node. It is formed by two inclined peaks that rise above 5000 meters. Etymologically, the south peak should be called Iliniza and the north one Tioniza; words originated from the Atacameño and which respectively mean “male hill” and “female hill”. Currently we called them referring to their cardinal position: “Iliniza Sur” and “Iliniza Norte”. Both mountains are separated by a depression called “La Ensillada”, which refers to a saddle. The Nuevos Horizontes Refuge is located at this place, second in antiquity in Ecuador, named in honor of the Mountain Club "Nuevos Horizontes". This refuge was opened in 1965 at the foot of the South Iliniza rock walls (and ice). The south peak with its 5266 meters has historically had glaciers on all its flanks; but due to global warming it has lost many of them, and those remaining have been constantly reducing its size. Recent years technical analyzes indicate that the current rate of global warming will dry it up completely in the coming decades. The north peak with its 5139 meters is composed mainly of sand and rocks, despite having a height just below its companion, has not had glaciers for more than a century. 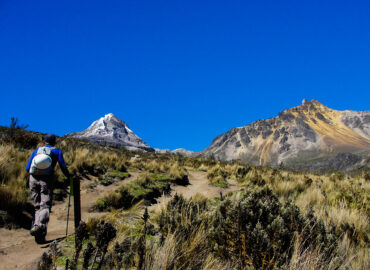 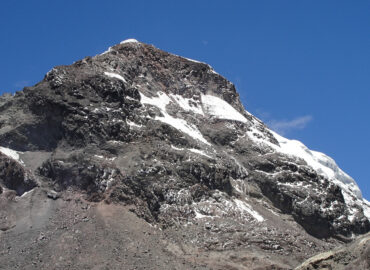 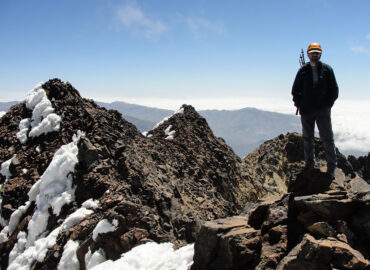 Western Cordillera; 50 kilometers in a straight line southwest of Quito; 23 km from Machachi.

1) Normal Approach “Chaupi”: From Quito take the Pan-American Highway south, pass Machachi and continue for more than 6 kilometers until you come to the detour to the town of Chaupi (there is a sign on the right side). The road to Chaupi is paved and without any complications. The road to the Illinizas starts in Chaupi, it's cobblestoned and ballasted the last section, more advisable for 4×4 vehicles. The road ends at the place called “La Virgen”, where there is a good parking lot and it starts the trail to the Nuevos Horizontes refuge. 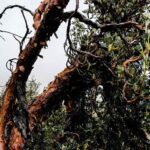 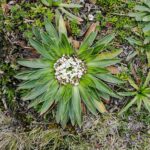 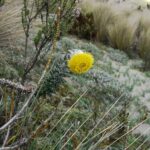 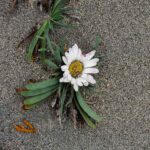 There is little information or geological studies about the Illinizas; however it is known that the Illinizas are the remnant of an early or middle Pleistocene volcano; it is thought that the current summits formed the flanks of a large and opened caldera whose center was located to the west. They have layers of lava and pyroclastic material arranged alternately, which determines their characteristic of stratovolcano, best seen in the Illiniza Sur. Currently the volcano is extinct, even though many people report they have smelled sulfur at some places near the high rocks.