The Tungurahua name comes from the two kichwa words "tungur" (throat) and "rauray" (burning). It's an active stratum volcano whose almost perfect cone rises from the city of Baños at 1820m to the elevation of its highest summit at 5037m. This elevation of 3,200 meters makes it probably the most prominent volcanic cone in Ecuador. The diameter at its base is approximately 14 km and at the crater 550 meters, the average slope is about 35 degrees. It had still glaciers on its summit until a few years ago, which today have left ice fields and loose rocks. It remained practically closed to tourism since 1999 due to the intense volcanic activity, the eruptions were very common and people used to join to see them from the viewpoints around Baños, a city which had to be sometimes evacuated to avoid any major setback. As of 2017, its activity began to decline and once again the access was allowed for tourists hiking to the refuge and the summit. 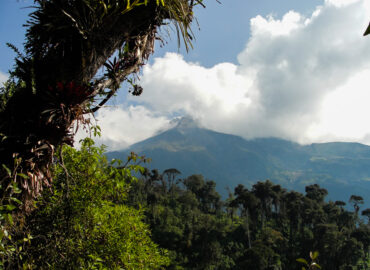 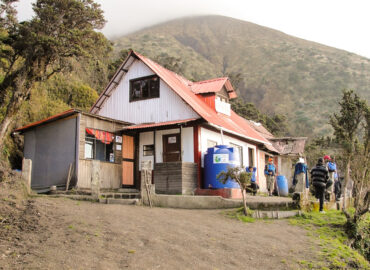 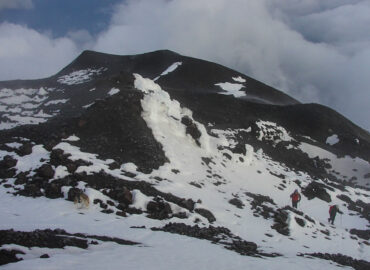 1) Normal Route Baños: You can get to Baños from Ambato or from Riobamba, these two roads are paved and join a little before crossing the "Puente de las Juntas" bridge over the Chambo river, a few kilometers beyond the bridge is the town of Baños. When arriving at Baños, on the right side (south) there is a paved and well signposted road that goes up to the Pondoa little town. The entrance guard to the Sangay National Park is a little further up from Pondoa, where the trek to the Tungurahua refuge begins.

There are some attractive routes in the area of Baños de Agua Santa; here are the most frequented: 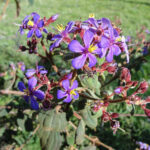 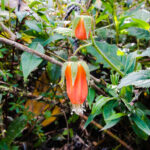 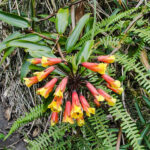 Hall et al. (1999) divide this volcano into three successive buildings, Tungurahua I, II and III, the third being the current building. The two previous buildings suffered sectoral collapses 30 and 3 thousand years ago, whose avalanche deposits crop up in the valleys of the Chambo and Patate rivers. The activity of Tungurahua III would have begun with the emission of the great lava flow of the Juntas approximately 2300 years ago (Hall et al., 1999). Since 1300 AD the Tungurahua has produced eruptions with pyroclastic flows, ash falls, lava flows and lahars, at least once per century (LePennec et al., 2008).
The current eruptive period began in 1999 and persists until now. At the beginning, the current eruption was subcontinuous, characterized by Strombolian and Vulcanian explosions; and gas and ash emissions. In July and August of 2006, for the first time in this period the volcano produced two large explosive eruptions with formation of pyroclastic flows that affected mainly the western flank and the south western flank. The fall of ash associated with these events was of a regional nature, affecting even the city of Guayaquil. Since then the volcano has maintained intermittent episodes of activity with durations from a few days to weeks and activity breaks of up to 3 months. The activity can begin with strong vulcanian explosions, as in May 2010, December 2012 and July 2013; or with strombolian explosions and continuous emission of gases and ash.