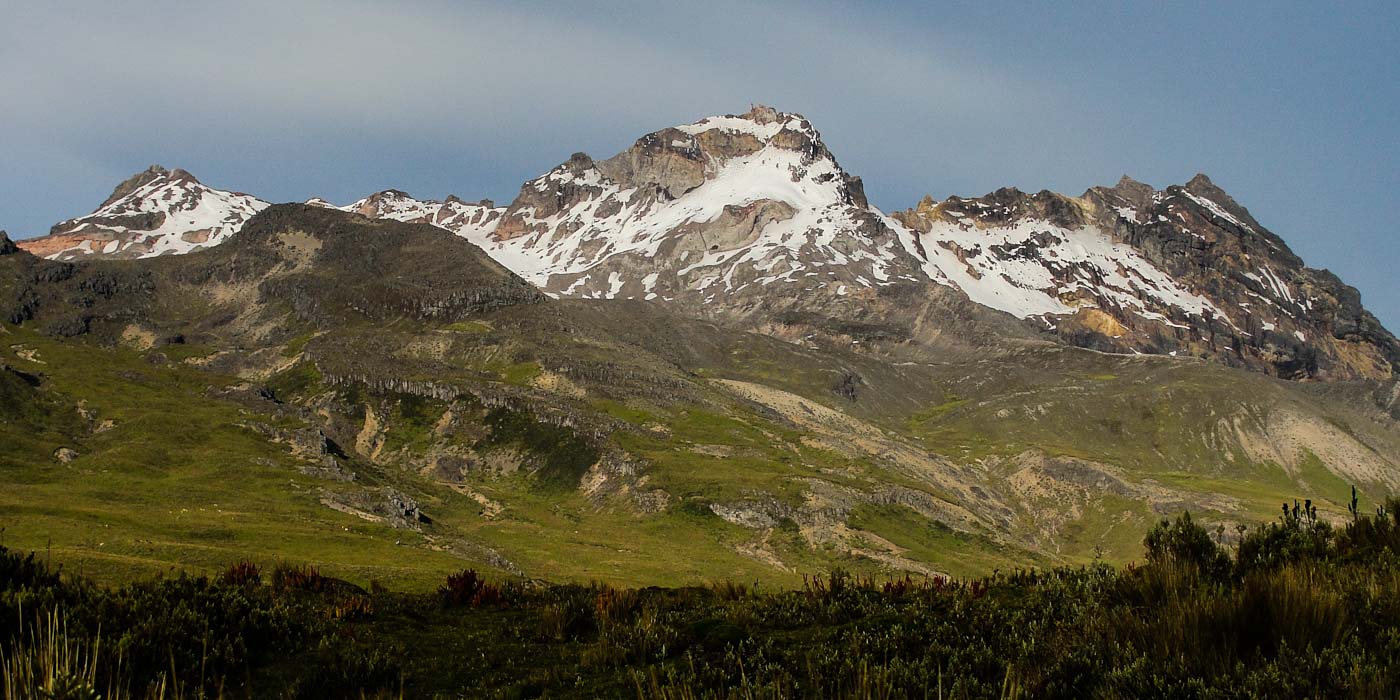 The Carihuairazo volcano is located in the Province of Tungurahua, separated from Chimborazo by the beautiful Abraspungo valley. Its name is of Quichua origin: “cari” which means male and “huay-razo” which can be translated as strong and icy wind. This 5018m mountain had until recently important glaciers on all its flanks.

END_OF_DOCUMENT_TOKEN_TO_BE_REPLACED

Saraurco is a peak located to the south-east of the Cayambe volcano, within the Cayambe Coca National Park. This rarely visited mountain rises on the eastern margins of the Andes mountain range, in a remote, beautiful and wild corner of moorland. Despite its small elevation of 4676m, the Saraurco still preserves some of its glaciers, which not long ago reached a level lower than 4300m, according to Stübel’s notes around 1870, something completely unprecedented for Ecuadorian geography. At present, it is possible to climb to the Highest Summit without having to walk on glacier, although it is most likely that you will get some sections of snow interspersed with small walls to climb, mostly of good rock and without major difficulties.

END_OF_DOCUMENT_TOKEN_TO_BE_REPLACED 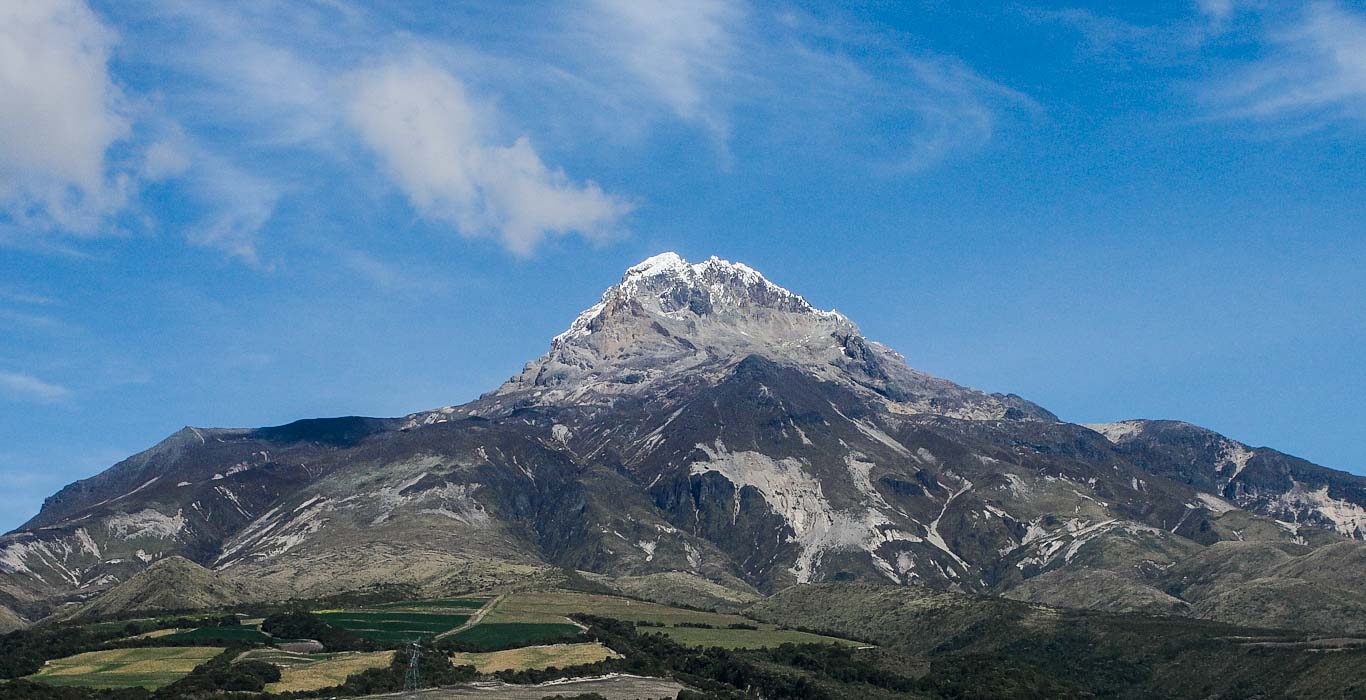 The Cunucyacu natural hot springs and its twin Yancayacu springs are at the foot of Iliniza Sur inside Los Ilinizas Ecological Reserve National Park. This hiking trail begins next to the hot springs stream and climbs through the sandy slopes until it reaches Laguna de los Patos at 4724m, very close to the steep rocks of the South Iliniza. The biggest attraction is the dazzling view of the South Iliniza with its sharp and ice-laden edges…

END_OF_DOCUMENT_TOKEN_TO_BE_REPLACED 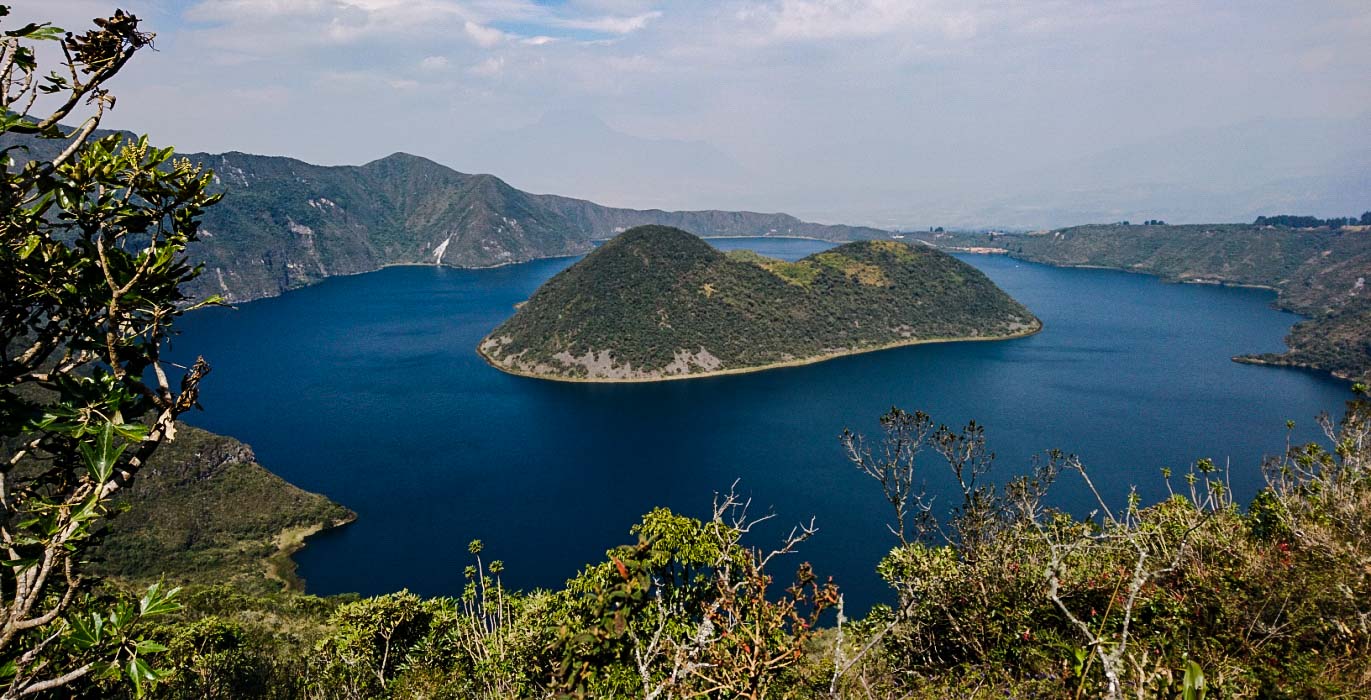 The Cuicocha Lagoon is located inside an ancient volcanic crater of about 3.5 kilometers in diameter. Tourists usually include in their trip a visit to the attractive town of Cotacachi, famous for its leather crafts, and later they go to the nearby Cuicocha Lagoon where they can do some outdoor activities…

END_OF_DOCUMENT_TOKEN_TO_BE_REPLACED

A classic hiking trail for those who want to acclimatize for any of the Ecuadorian snow-capped mountains, since the route is long and always goes above the 4000 meters. A highly recommended trail due to its proximity to Quito and its attractive landscapes…

END_OF_DOCUMENT_TOKEN_TO_BE_REPLACED

The Antisana has four perfectly individualized peaks: the Central or Highest, the Northeast, the East and the South. The Highest Summit, frequently visited despite its tremendously broken and challenging glacier, presents the least climbing difficulty, but still offering great challenges. The South Summit is a very attractive mixed climbing peak, its difficult routes have been only once climbed, with the exception of the normal northeast route which has a greater number of conquests…

END_OF_DOCUMENT_TOKEN_TO_BE_REPLACED

The Atacazo volcano with its 4457 meters is completely visible from the south of the Quito. It appears as extensive paramo fields that end up at the rocky peaks which line its old caldera. Few adventurers know that towards the volcano west side rise the volcanic domes of the Ninahuilca surrounded by an exhuberant cloud forest…

END_OF_DOCUMENT_TOKEN_TO_BE_REPLACED

The Guagua Pichincha volcano had its last eruptive phase between 1999 and 2000; since then the volcanic activity has remained low, with some periods of greater or lesser intensity. The descent to the crater is restricted because of the risks that still exist, especially by volcanic gases and groundwater explosions that are unpredictable, in addition the ever present risk of falling rocks. However, when the volcanic activity is low, a few researchers and intrepid explorers continue to descend to the crater bottom…

END_OF_DOCUMENT_TOKEN_TO_BE_REPLACED 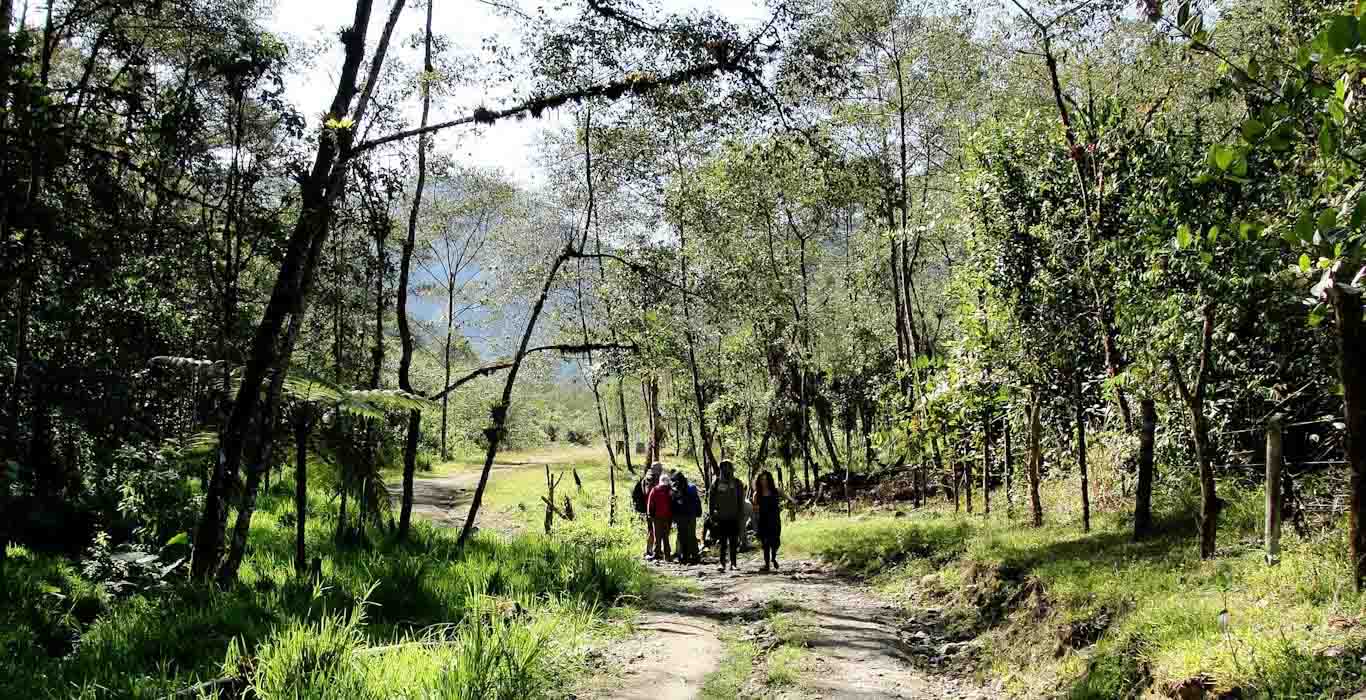 The Lloa – Mindo trail starts to the west of Quito, southwestern area of ​​the Guagua Pichincha Volcano. It’s an ancient trail, probably pre-Hispanic, that connected the mountains to the coast, starting from the andean town of Lloa and arriving at the Mindo jungle. At present it has become customary to hike this trail in the summer months, a single day and the shortest route ignoring the vehicular road sections…