The Imbabura is the most representative mountain in the province of Imbabura, in Ecuador, much photographed for rising with a prominent cone from Lake San Pablo at 2670m to its maximum summit at 4640m, that is almost 2000 meters of agricultural land and paramos which end up on a steep gray rock. The Imbabura has a diameter of approximately 16km, around which are located very typical and picturesque cities and towns of the Ecuadorian highlands, such as Ibarra, Otavalo, Atuntaqui and San Pablo del Lago. The fertile valleys are also abundant, painted with all kinds of crops and some centennial haciendas now converted into inns, including Zuleta and Cusín. 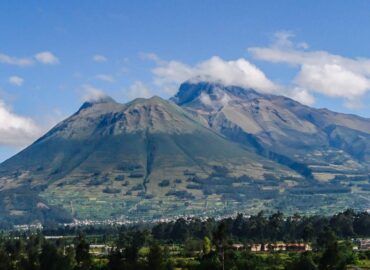 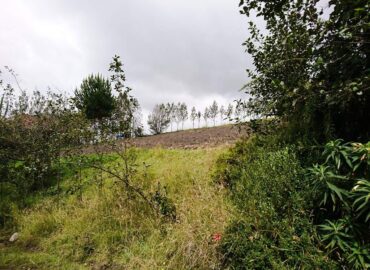 Fields on the volcano slopes 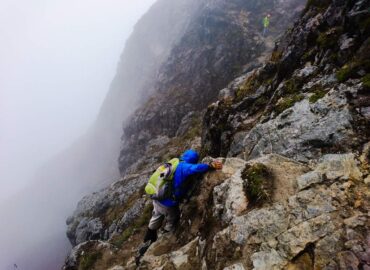 Near the Highest Summit

1) Normal Approach "Ibarra": In the city of Ibarra take the road that goes up to the town of La Esperanza. To get to this route it is necessary to enter the city, one possibility is to follow Avenida Teodoro Gómez de la Torre eastward and then Avenida El Retorno south until you reach the town of La Esperanza. Leaving the town towards Zuleta, you will see a small bridge; just before crossing it there is a cobbled road to the right that goes up an additional 5km towards the Imbabura.

2) Approach "Zuleta": Take the highway from Cayambe to Otavalo. Approximately 2.5km to the north and you will find a road to the right that leads to the towns of Ayora, Olmedo and Zuleta. Take this road and eventually you will reach Zuleta and later La Esperanza. Just before entering the town, you cross a small bridge and you will find on the left a path that goes up to the Imbabura for an additional 5km.

3) Alternative to the "Zuleta" approach: There is also the possibility of reaching the southern head of the San Pablo Lake, where there is a detour that leads to the town of San Pablo and later to Angochagua and La Esperanza.

There are some beautiful hikes on the Imbabura Volcano area: 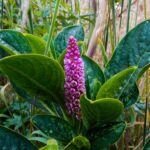 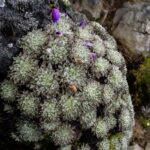 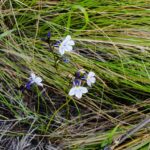 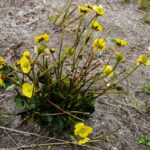 The Imbabura is a type of volcanic building known as "composite stratovolcano", and is characterized by a large conical main building around which other smaller buildings have developed. In the case of Imbabura, the main building is known as Taita Imbabura, and the two main smaller buildings are known as Loma Artezón (to the north) and Huarmi Imbabura (to the south). The summit of Taita Imbabura is 4621 m asl.
The development of Taita Imbabura consisted mainly of eruptions of lava flows and explosions of small magnitude, which were building little by little the main building. Due to its large size, and to be crossed by an active fault, the Taita Imbabura building experienced two times the occurrence of huge landslides (volume> 1 km3) that involved large segments of the north and northwest flank of the volcano, which destroyed partially the building (Andrade, 2009).
The youngest part of the volcano corresponds to the small building of Huarmi Imbabura, located to the south of the complex and that began to form about 30 thousand years ago, initially with very explosive eruptions and then with more passive emissions of lava domes. There is evidence that the Imbabura has erupted about 8 thousand years ago (Le Pennec et al., 2010). In view of this recent activity and being surrounded by urban centers, the Imbabura is classified as a potentially active volcano and needs to be monitored.